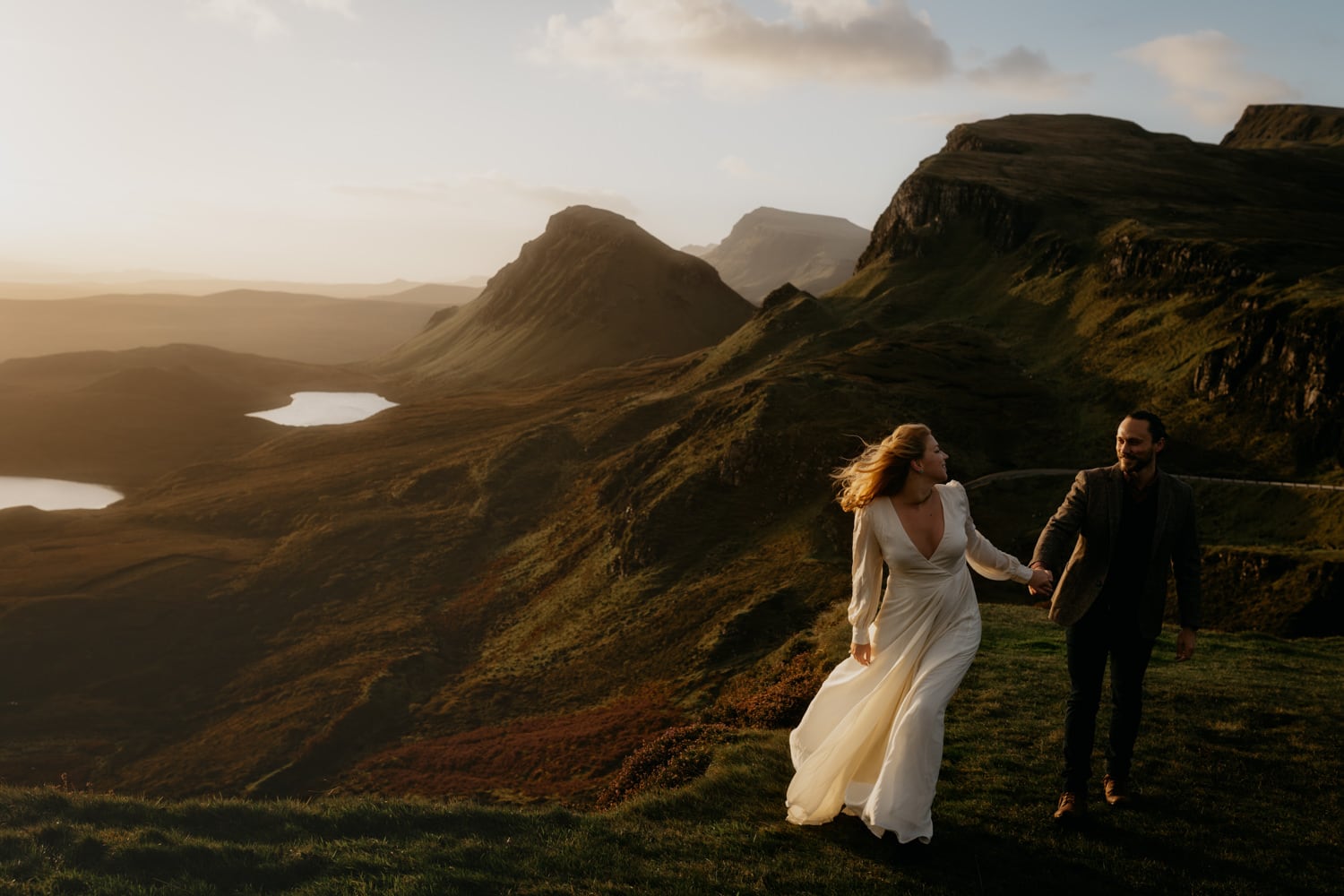 The Isle of Skye is an epic location to have your engagement shoot, while you are here on a trip. Channel your inner Clare and Jamie as you explore the mystical looking mountains and the lochs of Skye (that’s an Outlander reference.. but you knew that right?).

Keetin and Dylan came all the way from LA for an Isle of Skye engagement shoot on a trip that they were combining with a visit to Ireland to see their wedding venue. They were both big Lord of the Rings and Outlander fans, so the Isle of Skye lived up to their expectations.

The day of our scheduled shoot was forecast for REALLY heavy rain, even by Skye standards. We decided to put off the shoot until the following morning as we were free, and oh boy, we were so glad that we did!

We met Keetin and Dylan at the Quiraing just as the sun was rising, and we got to witness one of the most epic sunrises! The landscape photographers were out in force, but we’re pretty sure that we got the best pictures of the morning. We got them wrapped up in Dryrobes to keep warm, and they started the morning with a wee nip of whisky they’d brought along, and then we started the adventure.

We spent an hour running around the Quiraing, marvelling at absolute epicness of the sunset unfolding in front of us, and we took a lot of photos. Keetin and Dylan looked so amazing – perfect outfits, perfect light.

We just couldn’t stop photographing these two! We were so glad we had a 4-hour session!

It was a chilly Autumn morning, so we got Keetin and Dylan running up the hill at the Quiraing to warm up, and because it’s a lot of fun!

The next stop was a waterfall on the way to the Fairy Glen. We LOVE this spot as it’s not really on the tourist circuit, so most times you can have it entirely to yourselves. It feels like you’re in a secret valley that was showing off the Autumn colours.

The night before the shoot one of the emeralds fell out of Keetin’s engagement ring. She joked that it has been taken as payment by the fairies, and we did take a look for it at the Fairy Glen, but no luck! With a little bit of Oli’s photoshop magic, the emerald was back (for the photos at least).

Our final stop of the morning was the mystical Fairy Glen. It’s a really unusual landscape that has hundreds of small hills that was formed in an ancient landslip. It looks a lot like Hobbiton, and we always expect to see Frodo every time we go there. Many visitors think it’s man-made, but nope, it’s all-natural.

and that’s it! We’ve got another 200 pictures and we’re tempted to put them all up… but we won’t! We had such a blast spending a morning hanging out with Keetin and Dylan. They were the nicest people and they had such interesting jobs in the tv industry in LA. It was awesome hearing their stories and telling them some of ours. We love doing couple shoots as a couple ourselves, it makes the whole experience feel like hanging out with a couple of friends.

If you’re coming to the Isle of Skye and are engaged, then get in touch, and we can plan your very own Isle of Skye engagement shoot. We love creating something a little magical for every couple.

We’re Oli and Steph Prince! We met in the Antarctic, eloped in Hawaii and now live in Skye (about 20 minutes down the road from the Fairy Glen) with our two rescue pups. We spend our time exploring the island and photographing couples from all over the world. You can find out more about our packages here. 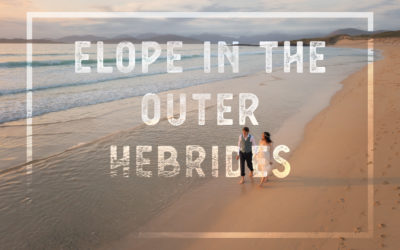 How to Elope in the Outer Hebrides

EVERYTHING YOU NEED TO KNOW ABOUT having an OUTER HEBRIDES elopement Updated July 2021 Are you thinking of eloping to the Outer Hebrides? We’ve compiled everything you need to know in our comprehensive guide to planning your Outer Hebrides elopement. Feel free to... 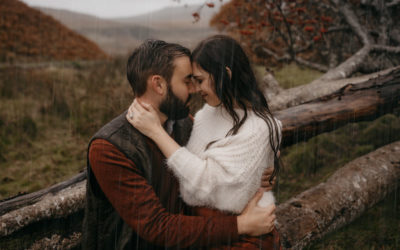 Courtney and Chandler visited Scotland from North Carolina in the USA to celebrate their fourth wedding anniversary. We spent a few hours with them exploring the Isle of Skye for their anniversary session. Skye is the perfect location to explore for an anniversary... 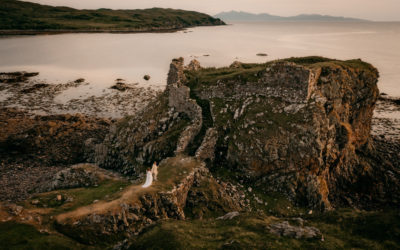 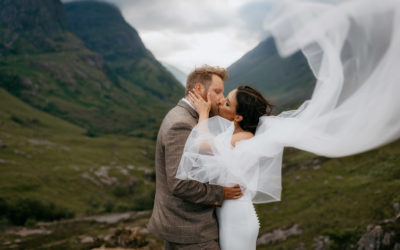 Andrew and Anna travelled up from Cambridge for their Glencoe Lochan elopement on an incredibly sunny July day. Two days before we’d been photographing another couple in Glencoe valley and the rain was absolutely pouring, but Andrew and Anna lucked out and had the...

We use cookies on our website to give you the most relevant experience by remembering your preferences and repeat visits. By clicking “Accept”, you consent to the use of ALL the cookies.
Cookie settingsACCEPT
Manage consent

This website uses cookies to improve your experience while you navigate through the website. Out of these, the cookies that are categorized as necessary are stored on your browser as they are essential for the working of basic functionalities of the website. We also use third-party cookies that help us analyze and understand how you use this website. These cookies will be stored in your browser only with your consent. You also have the option to opt-out of these cookies. But opting out of some of these cookies may affect your browsing experience.
Necessary Always Enabled
Necessary cookies are absolutely essential for the website to function properly. These cookies ensure basic functionalities and security features of the website, anonymously.
Functional
Functional cookies help to perform certain functionalities like sharing the content of the website on social media platforms, collect feedbacks, and other third-party features.
Performance
Performance cookies are used to understand and analyze the key performance indexes of the website which helps in delivering a better user experience for the visitors.
Analytics
Analytical cookies are used to understand how visitors interact with the website. These cookies help provide information on metrics the number of visitors, bounce rate, traffic source, etc.
Advertisement
Advertisement cookies are used to provide visitors with relevant ads and marketing campaigns. These cookies track visitors across websites and collect information to provide customized ads.
Others
Other uncategorized cookies are those that are being analyzed and have not been classified into a category as yet.
SAVE & ACCEPT